Execution Of A Will When Both Attesting Witnesses are Deceased 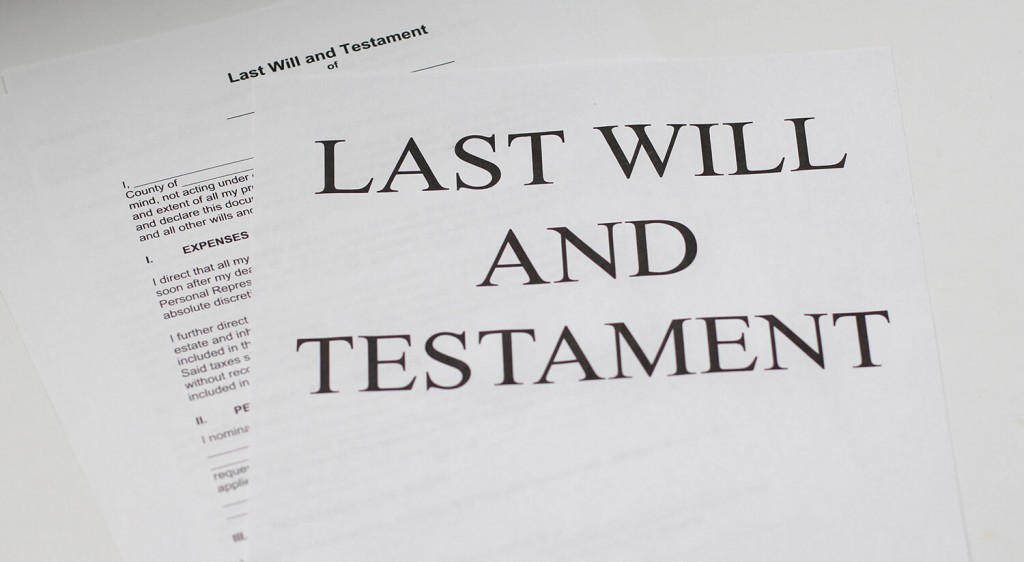 Dying Declaration or Self-immolation of the Victim: What Should the Courts Believe?

The Hon’ble Supreme Court of India, in V. Kalyanaswamy (Dead) by Legal Heirs v/s. L. Bakthavatsalam (Dead) by Legal Heirs, had the occasion to revisit the legal principles of proving the execution of a Will where both the attesting witnesses are deceased.  The Apex Court focused on certain statutory provisions and judicial precedents and accordingly answered the following questions:-

(a)    In the event that both attesting witnesses are dead, does the requirement of proving both their attestations still hold merit in the eyes of the law? Or would proving the attestation of one witness in her/his handwriting be adequate?

(b)  Whether a copy of the evidence on behalf of one of the witnesses regarding the said Will in separate legal proceedings be used to fulfill the requirements in the present case?

FACTS PERTAINING TO THE PRESENT CASE:

The present Appeals before the Hon’ble Supreme Court arose out of two civil suits regarding a registered Will dated 10th May, 1955 of late Mr. Rangaswami Naidu. One of the findings of the Hon’ble High Court i.e. Will could not be relied upon as the requirement under Section 68 of the Evidence Act was not fulfilled and the deposition of one of the attesting witnesses to the Will did not establish due execution of the Will. The Appellants herein are the legatees of the deceased.

The Respondents in the present case have challenged the validity and genuineness of the said Will in absence of it being proved in accordance with Section 68 of the The Indian Evidence Act, 1872 (“the Evidence Act”) and Section 63 of the Indian Succession Act, 1925 (“the Succession Act”) as neither of the attesting witnesses were alive at the time of execution. In response thereto, the Hon’ble Supreme Court, in the present judgment, settled the legal principle dealing with the mode of proving a Will where both witnesses are deceased while reiterating Sections 33, 63, 68, 69 and 71 of the abovementioned relevant statutes.

In the case of proving a valid unprivileged will, it is necessary that the testator should have executed the Will/testamentary document and the execution must be attested by at least two witnesses and the Propounder of a Will is under a legal obligation to prove the execution of a Will not just by ordinary witnessing of the Will but by attestation which is as provided under Section 63 of the Succession Act. This provision is in consonance with Section 68 of the Evidence Act that provides for Wills to be attested as provided under Section 63 of the Succession Act. In the event that there is an attesting witness alive and is capable of giving evidence, then, the Will can be proved only if one of the attesting witness is called for proving its execution. The said witness should not only prove attestation by him/her, but also by the other witness.

In the present judgement, the Court while referring to the expression “if no such attesting witness can be found” as used in Section 69 of the Evidence Act has reiterated the interpretation of the word “such” to be a scanario where the witnesses are either deceased or cannot be found.[1] Subsequently, a will may be proved in the manner indicated in Section 69 i.e., “by examining witnesses who are able to prove the handwriting of the testator or executant and the burden of proof then may be shifted to others.” In other words, the propounder of the will must prove the signature and handwriting of the testator or executant. In the case of K. Laxmanan v/s. Thekkayil Padmini and Others, the Hon’ble Supreme Court had reiterated that since both the attesting witnesses had not been examined in terms of Section 69 of Evidence Act, it was incumbent upon the propounder of the will to prove that the attestation of at one attesting witness was in his handwriting and that the signature of the persons executing the document was in the handwriting of those persons.[2]

The next aspect considered by the Court was the impact and relevancy of Section 33 of the Evidence Act, including the interpretation of the phrase “representative in interest”. It held that the phrase should be understood liberally and not be confined to cases of privity of estate and succession of title.[3] The Court, in the same vein under section 33 of the Evidence Act, accepted the Affidavit of Evidence of one of the attesting witnesses, tendered in a previous legal proceeding under section 145 of Code of Criminal Procedure, 1973 before the Learned Magistrate who was certainly authorised by law to take evidence as relevant evidence for proving the truth of the facts contained therein. The Supreme Court thus, has also cleared the air around Section 68 of the Evidence Act; in the case of a Will covered under section 63 of the Succession Act, at least one attesting witness must not only be examined to prove attestation by him but he must also prove the attestation by the other attesting witness.[4]

The present judgement has, while considering the various sections of the Evidence Act and the Succession Act, held that the fate of the transferee or a legatee, under a will required to be attested by law, is not placed at the mercy of the attesting witnesses. The law enables proof to be effected despite denial of the execution of the Will by the attesting witness. In cases that fall within the realm of Section 69 of the Evidence Act, the Section 68 requirement of proving attestation by both the witnesses by examining one witness, has been dispensed with. Instead, it simply needs to be proven that the attestation of at least one attesting witness was in his/her handwriting

28 Jul 2020
DISCLAIMER The Bar Council of India, through its rules, prohibits the solicitation or advertising of work by law firms and advocates in any manner. Through this website, there has been no advertisement, invitation, inducement, solicitation or any such communication to the user. The purpose of this website is to provide basis information about Vimadalal & Co., its areas of practice, and its advocates and solicitors. Vimadalal & Co. is not responsible for any consequences that may arise after reliance is placed on any information provided on this website or linked articles. The content on this website should not be construed as formal legal consultations, advice or opinion. The content of this website and linked websites is purely for the dissemination of knowledge that is widely available on social media and the World Wide Web. Users are advised against sharing any confidential date or similar information on the website or linked websites.